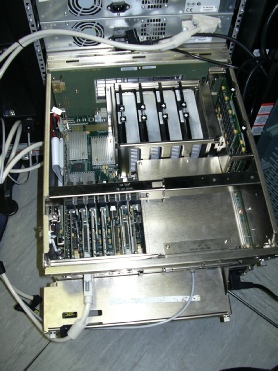 I started at the RAC just before the Y2K bug bit and was on duty on that night until about 10pm.

This role covered OpenVMS system admin of about 20 live VAX and Alphas and the teams development and test cluster. This used V6.2 and v7.1 of OpenVMS. We supported the RAC specific DEC Fortran application CARS and TRUX.

The RAC paid for my wife and I to go to dinner twice for outstanding work. The first was an FDL/CONVERT of the membership database on central site. It was scheduled to take 5 days but I managed to complete it in 3. The second was to intercept a failing process on the central site that would freeze CARS. My DCL script intercepted 33 instances of failure and took corrective action before it ever got to the point of freezing.

Annoyingly, I was still made redundant when the CARS systems were replaced with an third party system from Intergraph.