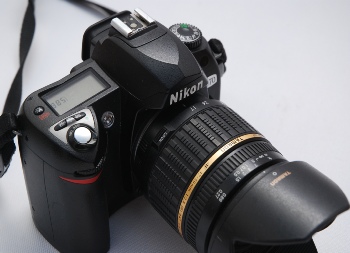 The D70 was my first DSLR. The most noticeable change is how responsive it is compared to the 5400. Instantly on and saves pictures pretty much instantly. Ten years later the pictures are still surprisingly good despite the 6.1mp resolution. It came with a 18-70mm lens but I prefer to use my Tamron 17-50mm f2.8 lens seen attached. Quite a heavy combination now but pretty good. I used it like this in Paris in 2014. The original lens I tend to use on my D40x.

I would say the biggest draw back of this camera now is the 1.8” screen which is very low resolution. I tend to just review pictures on it and only discard pictures when I’ve seen them on a computer.