In 2006 I got it back as my brother-in-law has gone digital. It was like being reunited with an old friend but it was sure beat up. The abrasive sandy environment for six years meant a lot of the black surface cover had worn away and the brass is showing. But it still works which is the name of the game.

Anyway, I still keep film in it and I might get it sorted out back to tip top condition but it might not be economically viable. I’ve generally kept used it with a Tokina 28-85mm lens which is also very solidly built.

As you can see beaten up but not beaten. 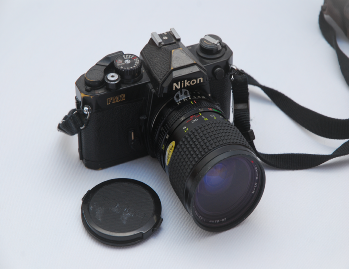