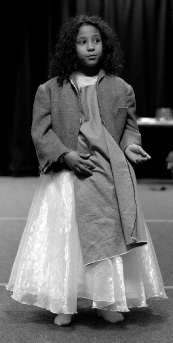 This is Jodie Jane Bowden and she is a semi-millennium baby i.e. she was born in January 2000. She was slated for 14th February but arrived three weeks early.

She loves drama and the picture to the left is of her as Cinderella in a play she did recently with Stagecoach. in 2006. She did well actually. A clear confident voice which people could hear easily without difficulty.

Jodie wrote this poem for a school magazine which left everybody moved. Rather than let it languish in the school records I have decided to post it.